Nepal has many festivals among them the second biggest is the Festival of Tihar. One of them is Tihar. It is celebrated in the month of Kartik. The festival comes at the end of the autumn season. The autumn is a season of harvests. Thus, the Tihar is observed in a season, when people can spend.

The Festivals is celebrated for five days, hence it is also called Panchak. It may be called the festival of Lights. Lights are a prominent feature of this festival. People keep lights burning in the house at night during the festivals of Tihar. The houses are cleaned and washed. People decorate their houses with flowers, Pictures, and festoons. Cleanliness is another feature of the festival.

The first day of the festival of Tihar is called the Crow festival. The crow is worshiped on this day. People cannot worship the crow, for it is a cunning bird. Nobody can catch it. People leave some food for crow at a place. The crow comes and eats the food. Normally people do not like it but on this day everyone welcomes the crow.

The second day of the festival is the Dog Festival. The dog is worshipped on this day. People worship their dogs while some person has no dog of their own and worship a street dog. They put ‘Tika’ on the dog’s forehead and a garland around his neck. They give him special food to eat. Some persons hate dogs and harass them but on this day dogs are kindly treated by everybody.

The third day of the festival is called Laxmi Puja. Laxmi is worshipped on this day. Laxmi is the goddess of Fortune. In the morning, people worship the cow while in the evening Laxmi Puja is celebrated. The cow is an incarnation of Laxmi. At night, they worship an image or pictures of Laxmi and invoke her blessings. They pray that Laxmi may bless them with wealth. They keep their houses and surroundings clean because they think that Laxmi does not enter an unclean house. At night, they keep lights burning. One can see more lights on this day than on any other day of the festival. A town like Kathmandu is brilliantly illuminated.

The fourth day of the festival is known as the Ox Festival. The Ox is worshipped on this day. The Ox is a useful animal. He plows our fields and draws carts. It is no wonder that we worship the Ox. We value him and his services.

The fifth day of the festivals is called the brother’s Festival ( Bhai Tika). Sisters worship their brothers on this day and give them presents, especially sweets and fruits sisters put tika on their brothers’ foreheads and garland them with flower-wreaths. Brothers give them money/gift in return for the respect bestowed upon them. Flowers, fruits, and sweets are in great demand on this occasion. 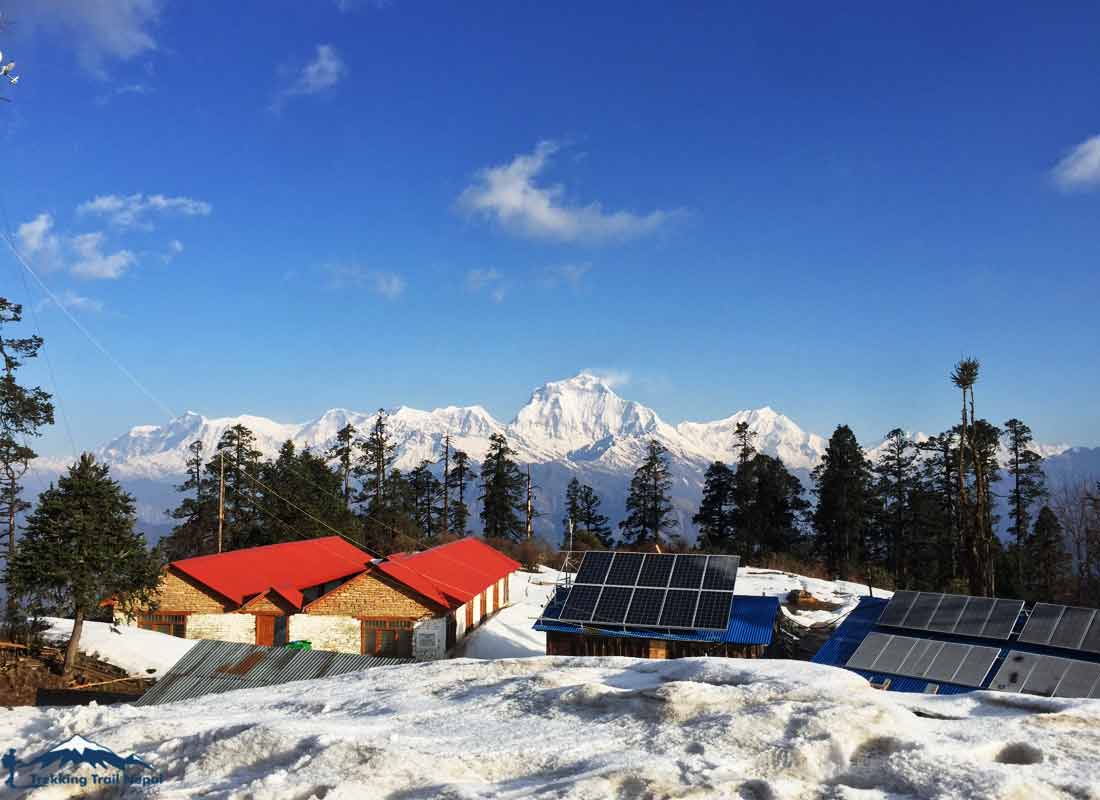 The Tihar is a festival of great rejoicing. People keep their house neat and clean. They eat sweets and fruits. It is better than the Dashain. They do not kill birds and animals. The Tihar does not entail a huge expenditure. People do not have to buy new clothes and kill animals as in Dashain. Everybody like Tihar even travelers and trekkers can experience this festival during their Himalayas Trekking in Nepal Adventure.