Everest Base Camp | Home of Climbers for 2 Months

Mt. Everest at 8848 meters, the highest point on the planet that 5 and a half miles above sea level. Straddling the border between Tibet in Chain’s southwest corner and Nepal, Its the ultimate test of Human endeavor. Its reputation is well deserved, even getting to the start line is a challenge. Where the real adventure of Everest Base Camp Trek ends, It is the Home, God, Job, and Adventure.

In Mountaineering the start line is base and in the case of Everest there are 2. South base camp on Nepalese Side and the North base camp in Tibet, China.

Lets Read Some of the Real Experiences of Mrs. Margaret at Everest Base Camp

As the words of Mrs. Margaret: At Everest Base Camp, I Have been 7 times. I have been on the Everest 4 times, Each time I was above 8700 meters, Twice I Summited. Climbing Everest is two months proposition and supporting climbers are dedicated community, who called Everest Base Camp home for this 2 months.

As The words of Mrs. Margaret
You have got an enormous amount of People who helps you from climbing Sherpa, Sherpa who carry the loads up to the mountain, Sherpa crew who fixed the ropes up the Everest. You have also got doctors. You have gooks, chefs, along with their helping hands. These people live at the Base Camp for those 60 days for climbers.

Even here at base camp it is critical to acclimatize properly in order to avoid altitude sickness. With the risk of frost bite and snow blindness, increasing as the climbers head further up the mountain in to colder harsher condition. Everest Base Camp is considered as the safe haven. But you can never let your guard down anywhere on Everest. 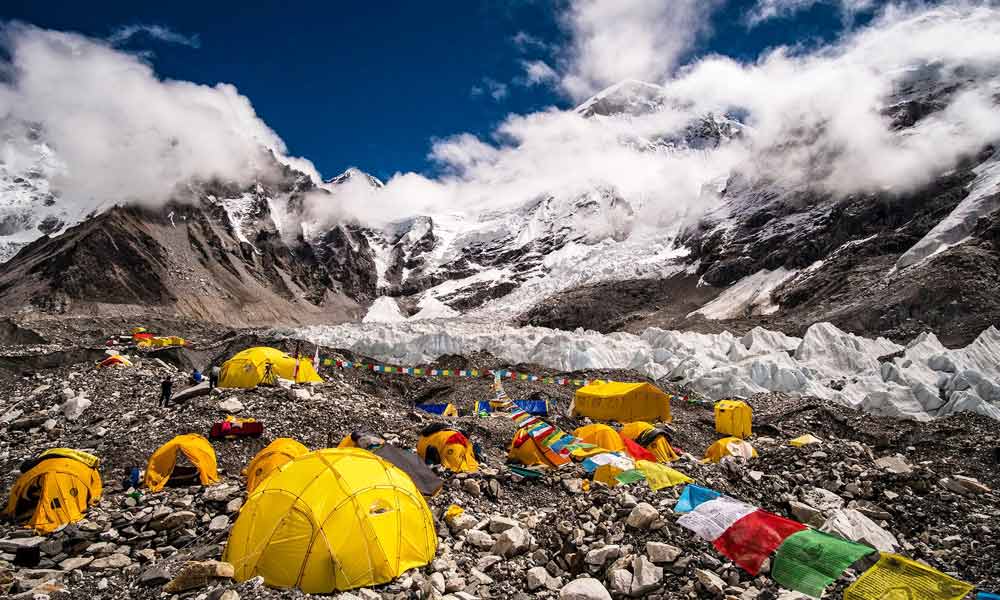 She adds more;
Realistically Everest Base Camp is not a safe place to live as home for 2 months, even 1 night. The avalanches happen every 24-48 hours and they can come very close to you. 25th April 2015, there was one of the biggest earthquake in Nepal. Consequently, it is created one of the biggest avalanches ever at Everest Base Camp. Margaret Considers herself lucky to have survived the ordeal.

I was in my tent, resting after being mountain the previous day. I could clearly feel, not only feel but i saw the earth moving. And I thought; What Is It
I did not comprehend that it was earthquake, and I could hear enormous sound. People were shouting. I put my head out of my tent and I look and I saw this hugh-huge black cloud coming towards me. It was avalanche. I remember, I was thinking, I don’t want to be suffocated in my tent, do not want to be dead. And I jump out and squat behind my tent and snow and stones were falling on me. And thought Okay that is it.

I am going to be suffocated here. I was under the snow but I could stand up, I could here screaming people, running, people shouting.
We immediately learned that about 50 meters from us 20 people killed, hundreds of people were injured. 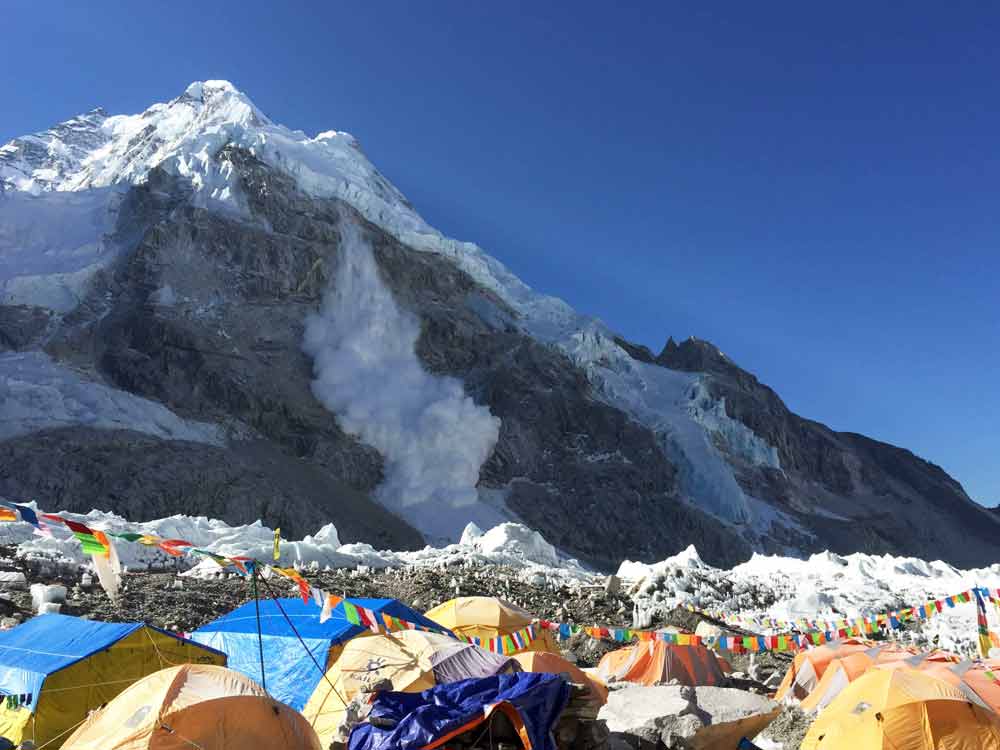 Everest Base Camp – Home of Climbers for 2 Months

Earthquake and avalanche a lethal combination on the world’s tallest mountains. Everest Base Camp which is the Home of Climbers for 2 months is always in the shadow of this Risk. Base Camp at Everest may be the start line of the highest ascent on the planet, But for some unfortunate adventurers it has been and will continue to be the end of line.

Mrs. Margaret adds further: Everest Base Camp at 5364 meters with the mountains around and the ice fall, its one of the most dangerous place if you like to live or even if you stayed there just for those 2 months it is extremely-extremely dangerous place.

Despite the numerous tragedies, the lure of Everest continues to captivate intrepid travelers. In Short, Everest Base Camp The Home of Climbers for 2 months is settle there each year for new adventurer.